The Backstory: Here’s to the Times We Took Chances 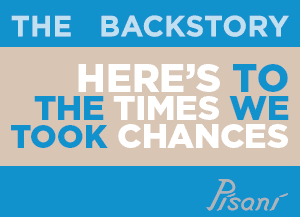 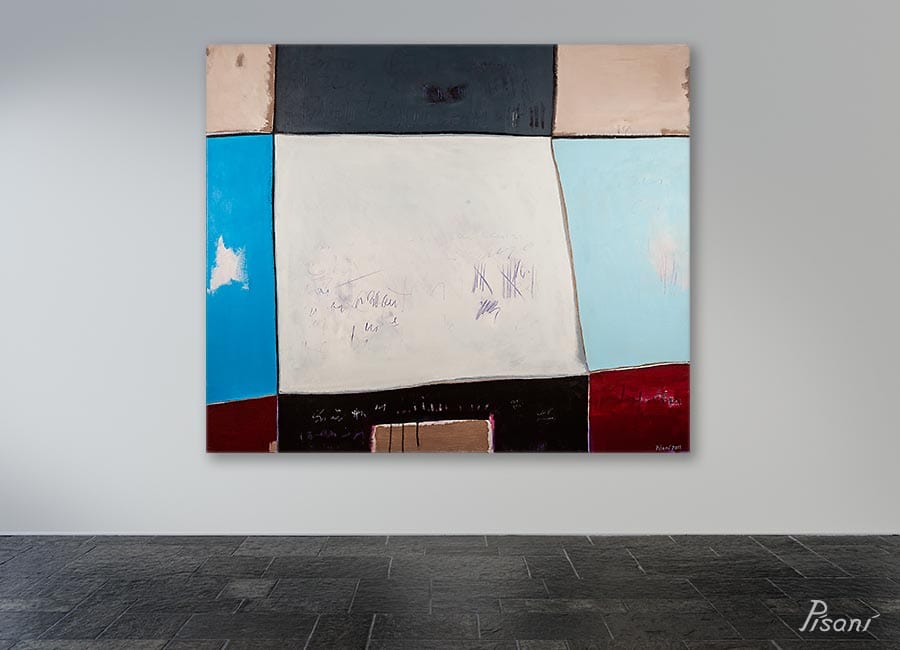 “The Backstory” is an insider’s look at the actual events and inspiration that shaped a particular painting or series. Want to learn more about a particular piece and how it got that exotic title? Then, “Backstory” is your own personal seat inside Pisani’s art studio.

What was the idea behind “Here’s to the Times We Took Chances”?
In the mid nineties, fresh out of college, I had the opportunity to join in on a cross-country adventure. Within two days of getting a phone call from Jay, a long-time friend, I was on a south-bound plane. We met in Atlanta, Georgia, chipped in for a rental car, and headed out, across the country.

We were having the time of our lives, earning money by designing and producing t-shirts for festivals and concerts throughout the USA. For me, it was all part of my plan, to see the states while raising enough money to pay for my upcoming trip to Europe. I had already convinced myself that the Europe trip was an absolute certainty—I just didn’t have the money to pay for it, yet.

I had already convinced myself that the Europe trip was an absolute certainty—I just didn’t have the money to pay for it, yet.

We made it all the way to San Francisco, and were on the outskirts of Las Vegas, heading back, when we got cut-off by a rusty old sedan on a modern, four-lane highway. Jay was driving at the time, and hit a patch of sand on the side of the road. Loosing control, we flew down the embankment, flipping the car into a wake of dust, debris, and hot Nevada desert. Turns out, the rental car wasn’t actually allowed to leave the state of Georgia…

After the police and ambulance came and went, we finally made it to the Vegas strip, minus one Toyota Camry. Almost getting sucked out the back window during the crash, the aftermath of the car rental contract, and how we actually got to Vegas without a car is an adventure in itself, probably better left for another time. The main point, however, was that I didn’t allow this horrendous accident to keep me from my dream of going to Europe. Instead of giving up, I pushed on, certain my luck would change.

It finally did at a blackjack table in Biloxi, Mississippi, and then again on a River Boat Casino in New Orleans, Louisiana, where I miraculously won most of the money I needed for my trip…

For me, the moral of this story, and the painting it went on to inspire is to remember back to those youthful days, when we were filled with ambition, and destined to conquer the world, one dream at a time. Here’s to those times, when we didn’t let the word impossible even cross our mind. “Here’s to the Times We Took Chances”.