Pisani was born in the Bronx, New York into a second generation Italian family with strong ethnic roots. He was brought up in an artistic household; both his grandmother and mother were artists. He was taught to draw and paint by his grandmother at around age 7 and by age 13, he was painting his mother's designs with her on clothing—a fashion line that was being sold at exclusive stores throughout the USA. Joseph, though never far from his sketch book, also made time for his love of music and sports while growing up just outside of New York City.

Pisani attended college in upstate New York and during this time, he formed «The Acoustic Denial», a New York rock band, and was performing up to 3 nights a week on the local college circuit as the band's front-man, lead singer, guitarist, and songwriter.

After completing his studies, he set off to see America, visiting more than forty of the fifty states. In 1995, he embarked on a solo «backpack» tour across Western Europe and in the fall of that year, after more than 5 months on the road, he stumbled upon Prague. This city and its culture fascinated him and he translated his experiences into sketches and paintings. Combining his creative energies, he also performed weekly at a notable music club.

i discovered a small red sea village on the sinai. it was a concert i gave there that sent me in an entirely new direction...

He returned to America in early 1996 and moved to the Rocky Mountains, west of Denver, Colorado. «Colorado was a big crossroad for me. I remember reflecting on my art and music goals one night after a show where I was the opener for a national rock band. I'd seen a poster announcing that Chuck Berry would be performing the following night, on the very same stage. I realized I was headed in the right direction, but it made it even harder to decide where I should go next,» Pisani said.

A Childhood Dream The Pyramids of Giza...

In the early spring of 1998, Joseph left Colorado to fulfill one of his childhood dreams—to visit the Pyramids of Giza. «On my way to Egypt from Jordan and Israel, I discovered a small Red Sea village on the Sinai. It was a concert I gave there that sent me in an entirely new direction. After the show, the owner of a nearby hotel and diving school offered me a regular gig at his hotel, along with the chance to become a professional scuba diver. The decision to take the offer was an easy one,» Pisani explained. 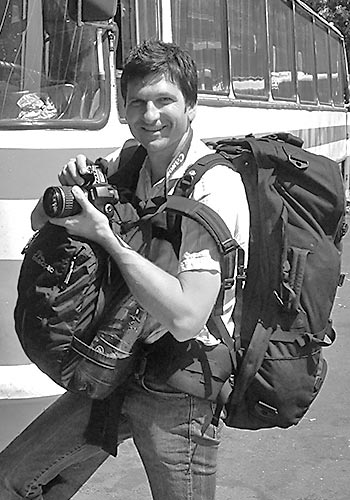 During his many months living in Egypt, Pisani did eventually make it to the Pyramids, as well as making it all the way to the Sudanese border before returning to the Red Sea. The influences of both the Middle East and the colorful underwater life of the Red Sea are the subject in some of his paintings, such as: Secrets of the Underwater World, and The Great Horse and Camel Race of Giza.

Since arriving in Zurich, Pisani has had many successful art exhibitions including a solo exhibition at the United Nations Office (UNO) in Geneva, a permanent exhibition in the US Consulate offices in Zurich, and has also appeared as a guest on the Swiss television talk show 'Aeschbacher'. He enjoys performing and still occasionally plays concerts in the German-speaking part of Switzerland. Pisani's art work is his own interpretation of the abstract art movement of the 20th century. He also consciously chooses to differentiate his creations by innovative techniques as well as lending obscure clues about his artwork in the poetic titles he gives each painting.

i attempt to lead my viewers in the right direction about where i was & what i was thinking or feeling at the time of creating a particular painting...

Pisani explains, «I attempt to lead my viewers in the right direction about where I was, and what I was thinking or feeling at the time of creating a particular painting. Then, after giving this initial clue, it is my specific purpose to leave the viewers on their own to question how the title relates to the art itself and to decide how the artwork makes them feel in the context of my clues.»

Pisani continues to travel extensively when ever time permits, and uses these experiences as the main source of inspiration for his art.