Ellen von Unwerth: an Inconic Photographer in Front of my Lens 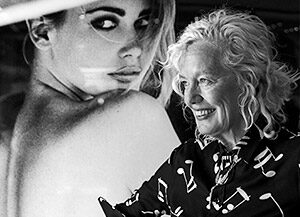 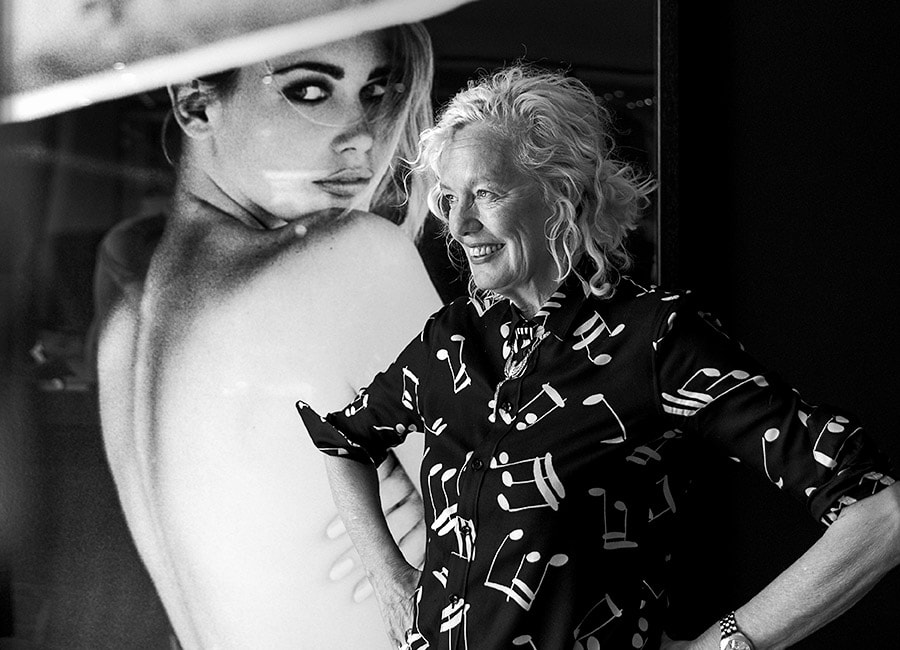 Sure, I’ve shot portraits of many interesting and well-known faces over the past decade, however, when I was commissioned, by the international Opera gallery in Zurich to photograph the world-famous photographer, Ellen von Unwerth, I have to admit that I was a bit nervous.

There was barely any time to spare between the two interviews and the exhibition opening, and everything started to feel incredibly surreal. I mean, normally, when you’re photographing someone, they don’t have much insight into what you’re doing from a technical standpoint. Of course, they can sense a few things, such as how at ease you make them feel, or by your professionalism, but they can’t really critique your methods and technical style. In this case, I was dealing with a pro photographer made famous for appearing on both sides of the lens—as a former super model and an iconic, star photographer!

I was dealing with a pro photographer made famous for appearing on both sides of the lens—as a former super model and an iconic, star photographer! 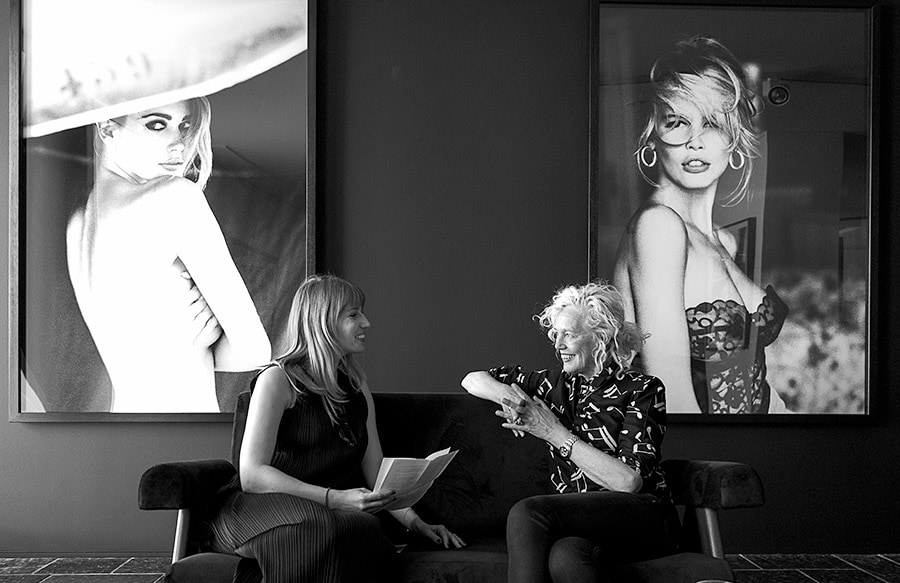 Ellen von Unwerth together with journalist from Annabelle magazine. ©Pisani

Despite my twitchy nerves, I loved every single minute of it! However, that’s not to say it was at all an easy task. There were a number of points that added to the intricacies of this shoot. I was originally told that I would be able to photograph Ellen during the 45 minute interview with annabelle magazine, and then, also have some time for some portraits afterwards. I was quite happy with this plan because it gave me a lot of time to capture her “naturally”—without any posing or potentially static positions, and without any real time pressure often associated with a shoot like this. Additionally problematic were the gallery spotlights and ceiling (can) lights, as well as the terrible reflections from the Plexiglas frames of Ellen’s exhibited work. The gallery chose to go with Plexiglas as opposed to anti-reflective, museum glass due to the large scale of the work, and the immense weight the museum glass would add to each piece. No doubt, the shipping weight and potential for breakage and damage to the pieces during their journey from one of the many Opera gallery locations around the world made this decision easy for the gallery—however, this ended up making my job significantly more difficult. 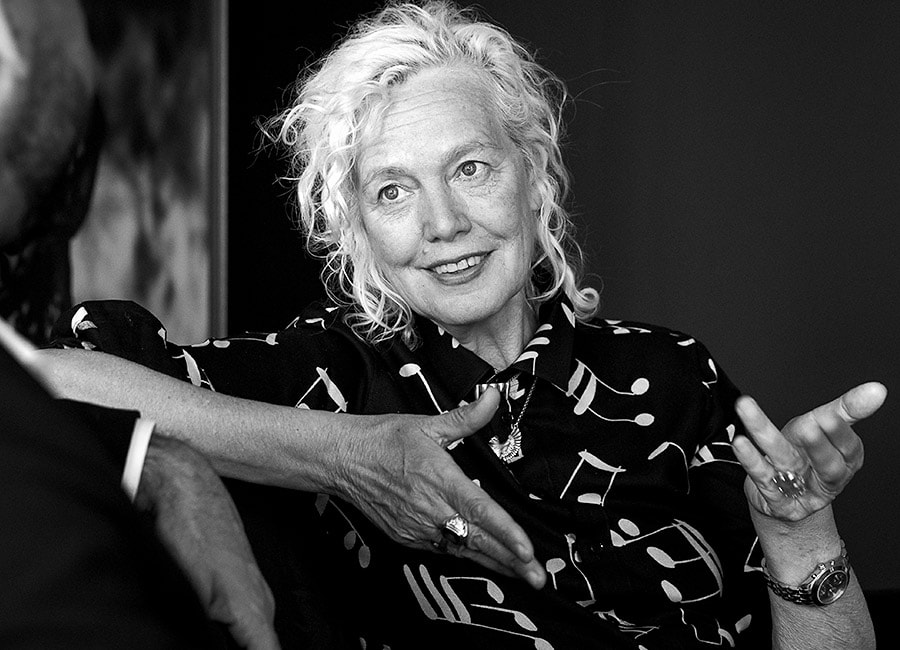 Ellen von Unwerth together with the gallerist from the Opera Gallery. ©Pisani

The Opera Gallery, located on the famous Bahnhofstrasse in Zurich, Switzerland is lined on two sides by windows. Every angle I explored was riddled with reflections. My first thought was to cut all interior lighting (spots and ceiling lights). This helped a bit by eliminating the harsh glare from the gallery spots, and any potential under-eye shadows for the ceiling (recessed can) lights, but did nothing to combat the window glare, or my own reflection in the large frames. And, my soft-boxed, studio lights, despite any possible position, were not at all usable due to the intense mirror like reflections they created.

The only thing I was left with was the natural window light, adjacent (camera left) of the sleek couch and coffee table setup that the gallery asked that I use in the shoot. As usual, I showed up on location an hour early, to survey the set and decide how I would best capture the needed photos. This actually only made me more nervous after I tried a number of potential set-ups with nothing working to an acceptable level. 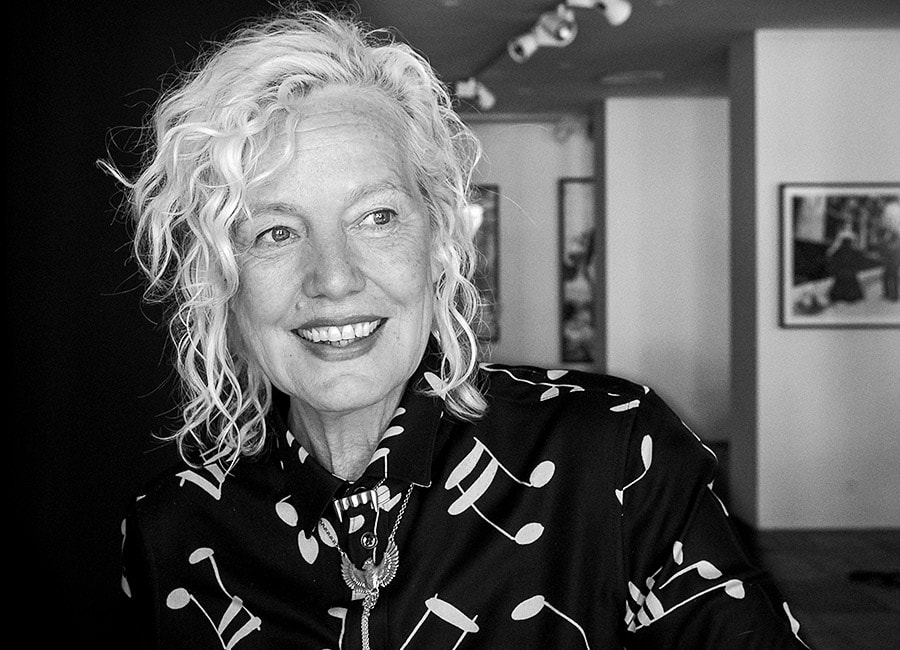 Ellen von Unwerth at the Opera Gallery before the start of her exhibition. ©Pisani

When Ellen arrived, we said a quick hello, and she immediately mentioned that she did not want to have any photos taken during the interview because it might make her nervous and unable to completely concentrate on the interview…

After the first interview was finished, I had to move quickly. Since I was dealing with a professional photographer, I thought it appropriate to mention the harsh glare on the frames and that the only available light was from the large window, directly left from the frame. Ellen’s response was that she really didn’t like side light. OK, maybe I shouldn’t have mentioned anything, but then again, she did have final cut, along with the gallery about which photos would be published. So, I had her angle herself toward the journalist (and the key window light), while I had the journalist’s face in shadow.

Oh, you have some really great ones here, she said.

This worked for one or two potential shots, but I quickly realized that my only real option was to stand in one of the large window bays and have Ellen and the journalist, and the gallery director in front of me, at an angle, with some of Ellen’s work in the background. I quickly fell into a rhythm and just as the next journalist arrived, had the feeling that I got the needed shots. Having Ellen ask to see my camera screen, to survey the results was definitely a strange feeling as I handed my camera over. “Oh, you have some really great ones here…” she exclaimed, and the rest is history.

Memories of Paradise Island: Abstract Landscape Painting Series
The Backstory: “How to do Everything in Just One Lifetime”
Go back to the ArtBlog Main Page...